I almost didn't live to tell this... 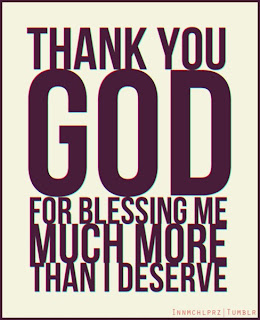 Almost 7 years ago to the day, my life changed in an instant. Childbirth. Our second none the less. It was suppose to easier the second time around. I almost didn't live though it.

It was 7 week before our second child was about to be born. Everything seemed to be perfect. I was at work one afternoon and noticed I felt a little different. I had started spotting. Panicked? Just a tad. Luckily I work with my husband so we left early and headed to the doctor. That moment your doctor gets that look in his eye, that you get goose bumps, I was there. It seemed like the exam was taking forever. He turned to my husband and I and said, you're in labor. Dilated to 2 and 100% effaced. Excuse me. Come again. I still had 7 weeks left. How could I be in labor? Immediately he told us these were the key weeks in fetal lung development and he wasn't sure if the baby's lungs were ready. I was on immediate bed rest.

We went to pick up our daughter from my mother-in-laws and headed home where the bed was going to be my best friend for the next 7 weeks, or so we hoped. In the car I was making all the family phone calls letting them know what was going on. Talking to them, calming their nerves was helping convince me everything was going to be fine.

Then it happened. I walked in the front door and felt this huge warming sensation. I was for-sure my water had broke. What felt like slow motion, I looked down to be horrified I was covered in blood. Panic hit. Something was wrong. Something was terribly wrong. We turned right back around and headed to the hospital while the whole time I'm on the phone with the doctor who was meeting us there. All I knew I was to skip the ER and head right into labor and delivery. My head was spinning. All my focus was on if the baby was ok. For the longest time, no one could tell us for sure.

Finally we heard that wonderful sound. The sound of our babies heartbeat. All the tests came back that baby was fine. The bleeding had all been for an internal tare from me, nothing to do with the baby. A sigh of relief. I thought the worst was over. Boy was I wrong.

They told us for the next 6 weeks, I was staying in the hospital. They needed to monitor the baby and I at all times. They were trying to keep me pregnant even though it seemed as though the baby wanted out. Slowly over the next two days I dilated to 4. I knew I wasn't going to making it 6 more weeks. The baby was coming. The night of April 24, 2005 was one I'll never forget. 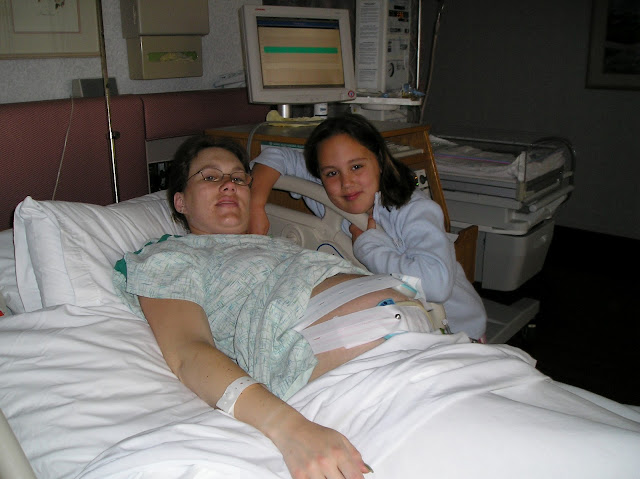 I had been in labor before. Even though it had been 7 years earlier, I knew when my body told me the baby was coming. And the baby was coming! I called the nurse and told her my body was ready and she assured me that I was no near ready. Really? So this sudden urge to push I wanted to tell her was a figment of my imagination. I demanded the doctor. My doctor wasn't on call that night so I had this lady walk in that we'd never met before but immediately felt at ease. She gave me the speech "So you think you're ready hua?" I told her I wasn't sure if I was, but the baby wasn't holding back. It took her less than a 5 seconds into the exam, her eyes grew wide as golf balls and I remember those words "It's time!". I was 10 centimeters dilated and the baby was coming. Since the baby was still considered a primi, we had what seemed like the entire hospital staff in this room. All my doctors and nurses, plus an entire staff of doctors and nurses from the NICU ready to whisk this baby away the second it was born.

The lights went dim except this huge spotlight on me, my husband took my side, and I remember hearing the doctor say "It's game time." That's when it all hit me. This wave of emotion {and fear} from remembering  some complications I had right after the birth of our first daughter came to mind. I had switched doctors and told her of my history and was assured that was something that would most likely not happen again. Less than 15 minutes and 3 pushes later, our beautiful daughter Charlie was born. Everything seems to be normal. Daddy cut the cord, they wrapped her up and I held her which felt like a split second when all the NICU nurses wanted her for examination. They were doing most of the exam in the room and quickly let us know she was perfectly healthy, breathing fully on her own with no help of a respirator. Besides being only 5lbs 4oz, she was as healthy as a full term baby. The sigh of relief from my husband and I was instant. I insisted he go with the baby as they took her to the NICU that I would be fine. 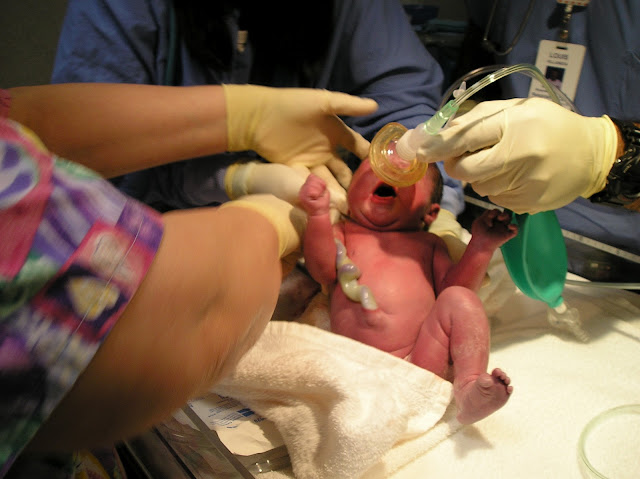 My husband wasn't out of the room a few minutes when the doctor had this uneasy look about her. Without going into too much "after birth" description, things weren't happening the way the normally do. I had been anti-drug my entire labor and the doctor was well aware but told me the baby was born and they needed to do a procedure that would be painful without a drug. I agreed. From that moment I remember myself slipping into a fog. Then everything went dark.

What I thought had been the medication putting me to sleep, was actually my body slowing giving up. The doctor hadn't realized how much blood I had just lost. Almost 3 liters. What I'm about to share when you comes form the stories heard from my husband. He was in the NICU with Charlie when lights starting flashing all around and the words "Code Blue" streaming from the speakers. All the doctors and nurses started rushing towards the room that needed help. At this point he had no idea the person needing the help was me. A nurse ran up to him and said, "Mr. Hernandez, it's your wife. Please come with me." She rushed him towards my room but would let him inside. The room was filled with so many people he wouldn't have fit anyway and he still hadn't yet been told what was going on. At that moment they wheeled me out of the room towards the elevator, and that's when he first saw me. Fully-ventilated with tubes going down my throat, wires everywhere and a machine breathing for me. Right then the doctor let him know I had lost so much blood they could no longer register a pulse and I had stopped breathing on my own.

My poor husband. I can't even begin to image what he was going through. He'd just gone though having a premature baby born and now that he almost lost his wife. First thing he did was start praying. He knew everything was out of his control so he put it all in the hands of God. Next thing the doctor told him was that once I was ventilated, I stabilized quickly.


If God brings you to it;
He will bring you through it.


All I remember is waking up the next morning, laying flat on my back, somewhere I'd never been before, alone with something down my throat. It was by far the more fearful time of my entire life. The next thing I know there's a nurse talking to me. Obviously telling me things that wouldn't require a response since I couldn't speak. She told me I'd had a healthy baby that was doing fine. I had some complications and was currently in the ICU and the tube down my throat was breathing for me and I should try not to talk or move. Then she let my husband in. Just his smile soothed all my fears. Of course I tried talking to him {which immediately made my start gagging, cute I know}. I had to wait which seemed like forever, for the doctor to come and take my ventilation machine off. The second it was removed I was fully breathing on my own.

I was then moved to the top floor where I spent the next four days getting numerous blood transfusions, still not allowed to see my baby Charlie. Finally on the fifth day, I was allowed a visit. Very brief but so desperately needed. They wheeled in this tiny baby bed fully covered in plastic. Like she was a present that I got to open. That's what she was. Our little gift from God. I held her in my arms. There is no better feeling. Then I smelled her. That amazing baby smell that felt like it re-energized me.  A few moments later, she was wheeled away. 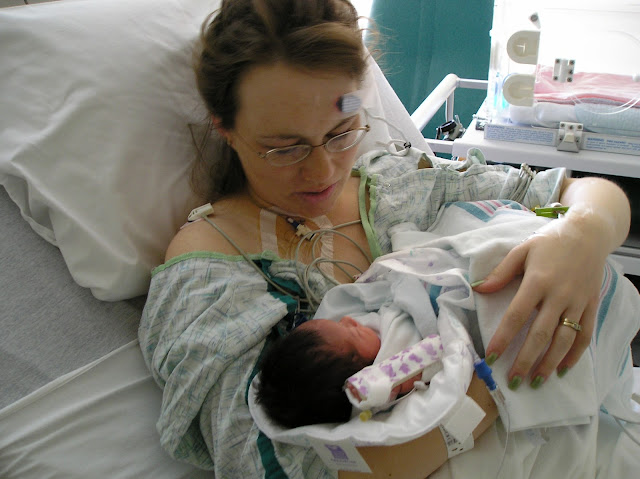 By the sixth day I was well enough to go home but baby Charlie hadn't yet gained the needed weight to be discharged from the NICU. We were sent home, alone. I was told to take it very easy while I recuperated yet I needed to be in the NICU every 3 hours for a feeding. After 3 days of the constant back and forth, one of our final trips home for the night, I start bleeding, profusely. Urgently rushed into the hospital and had to have an emergency hysterectomy to save my life {yet again}. The doctors were devastated they had to preform this procedure on someone so young. My husband and I didn't even a question it. We had already been blessed with two wonderful daughters and it saved my life.

After I spent another week in the hospital recovering from surgery, both Charlie and I were discharged to go home. So about three weeks after our first step in the hospital, and one incredible story to tell our grandchildren, we were home. Nothing had ever felt better. 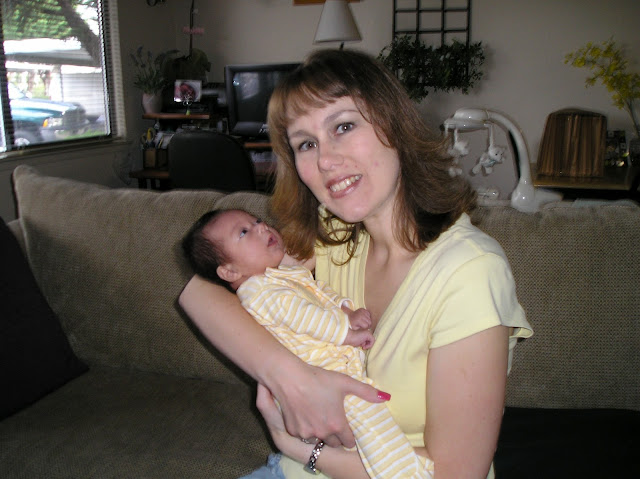 While
we try to teach
our children
all about life,
our children teach us
what life
is all about.

Posted by Laura Hernandez at 12:00 AM